By Patches Chance
US Sports Editor 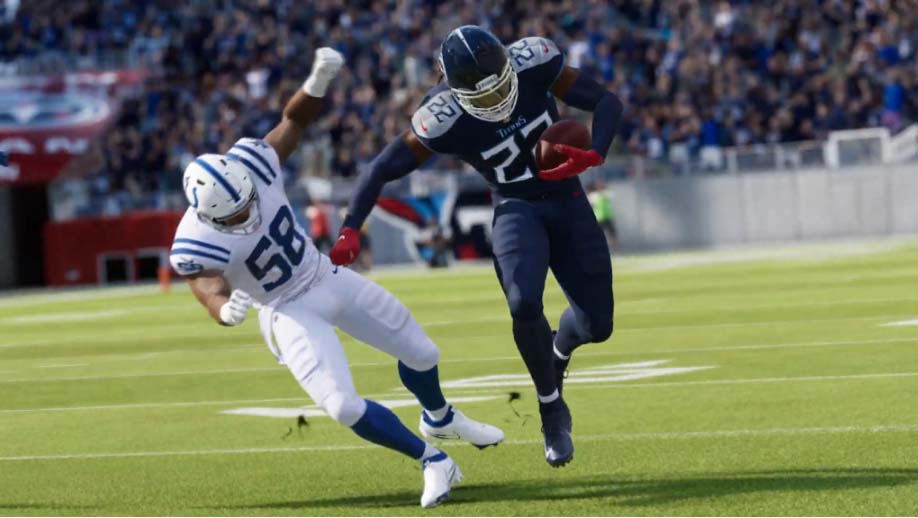 Dynamic Gameday bursts onto the next gen scene

Madden 22 is going to be packed to the brim with new features, especially for players on next gen consoles.
One thing current gen and next gen players can look forward to though, it X Factors. Ready to use Patrick Mahomes to takeover the game? Maybe your favorite player will be getting his own X Factor this year?
With the release date just over a month away, here's everything you need to know about Madden 22 new features and X Factors coming to this year's game.

UPDATED - X Factors in full effect for Madden 22
It's late in the game, you need a big play to turn the tide in your favor. You get under center as Tom Brady, leader of the Tampa Bay Buccaneers. You activate his X Factor and become an on-field general, much like Brady is in real life.
This is the best part about X Factors, it really puts you in the game. By adding more X Factors Madden 22 seems to be adding even more ways for players to feel fully immersed.

Dynamic Gameday
Gameday Atmosphere is the first part of Dynamic Gameday, and it will include immersive additions with new on-field reactions, player personas, animations, and more.

Next Gen Stats: Star-Driven AI takes the feature from last year's next gen edition of Madden 21 and goes even deeper by trying to keep the NFL superstars and unique team personalities informed by real world data.A new momentum meter mechanic brings an intuitive flow to each game, allowing the gravity of the best and worst moments to affect the game itself.

Core Gameplay
Core Gameplay is, at the risk of sounding repetitive, the core of everything that makes Madden 22 worthwhile to play.Flaws in the core gameplay can be felt everywhere in Madden 22, but improvements can also be felt across the board.
This year, one big focus in upgrading core gameplay by EA Sports was improving how player height and weight affects tackling animations on the field.

They've also focused on improving toe detection for dynamic catches at the sidelines and the ability for receivers and defensive players to contest the ball.

The effort can be felt so far in the beta, but we've only gotten to try an unfinished early build of the game, and it's still got several bugs and issues that should be remedied by the time Madden 22 is released.

Franchise Mode
There's some good news for Franchise fans, as the #FixMaddenFranchise movement was heard by EA Sports and the company has finally started to make some improvements.

Ultimate Team
While definitely one of the more popular pieces of Madden, Ultimate Team can also be divisive as many fans don't like the microtransaction fueled game mode.

However, we should see Madden 22 bring something new to it this year, and we're hoping to hear more about that soon.

The Yard
This unique backyard inspired game mode was first introduced in Madden 21, and did so to relatively rave reviews.

The Yard will return in Madden 22, and it's been revealed that they'll have new locations and bosses this year on top of a new unified progression system that will link The Yard and Face of the Franchise.

This will be the first time players get the chance to play as a linebacker, or they play as a quarterback, wide receiver, or running back like was made available last year.
As EA Sports has revealed, there will be a new Player Class and progression system to choose skills, ratings, attributes, and other customization options for your avatar.

We likely won't know too much about this year's story until the game is released, but we do know there will be flashbacks to college football moments and things will get rolling with